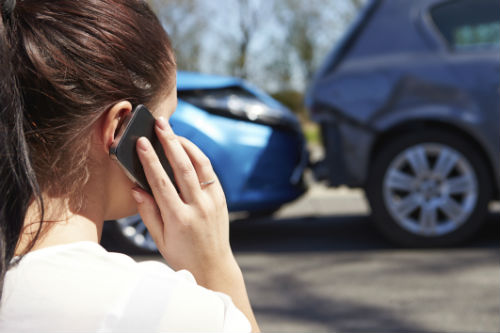 When you and your loved ones get into your vehicle, you can relax in knowing that safety feature improvements have made a huge difference in saving lives on American roadways in the past 20 years.

Most people think of seat belts as the most remarkable safety innovation in automobiles for prevention of deadly crashes. But following safety belts came airbags, durable occupant safety cages, roll bars and crumple zones. These each provided great strength to vehicles and enhanced survivability for passengers during accidents. Automakers of today are looking at new ways to make driving even safer. So the next years should be exciting, when watching what carmakers come up with for greater survivability in new auto models.
Five of the most noteworthy car safety systems of recent years include:

Each of these innovations increase safety to prevent deadly auto accidents. But driver error, negative behaviors and distracted driving are still problems despite technological improvements.

2015 brought continuing increases in the number of motor vehicle deaths, despite changes to automotive technology. The National Safety Council had already noted a 14 percent increase in deadly crashes for the first six months of that year. That was over 18,000 fatalities with 30 percent more non-fatal injuries also occurring than in 2014.

A well-known Phoenix car accident attorney, voiced his concern over this trend. He said, “It is devastating to see that drivers continue to increasingly contribute to deadly crashes, despite so many safety innovations by automakers and awareness campaigns urging drivers to be more aware and safer when behind the wheel.”

The National Safety Council attributes the increase in fatalities to higher numbers of people on the road. Those increases in auto travel can be credited to lower gas prices and economic improvements, two factors enabling people to drive for leisure more often and for longer distances.

The attorney also said, “The auto industry has been struggling to overcome recalls and negative reports regarding vehicle safety. Safety features continue to advance in many ways, but deadly crashes are still a major problem in our society.”

Government officials are working to influence automakers to make many luxury safety innovations, such as automatic braking and features seen on brands such as Volvo, Audi and Mercedes, standard for less expensive brands and models. Safety should not be limited to those who can afford luxury.

Safety Innovations are No Match for Human Negligence

Despite safety innovations, one of the biggest problems causing deadly crashes is human error. Such error is often in the form of negative driving behaviors, also known as negligence. Surveys indicate 75 percent of drivers still use their cell phone while driving, despite knowing this activity behind the wheel is very deadly. 60 percent of drivers admit texting while driving.