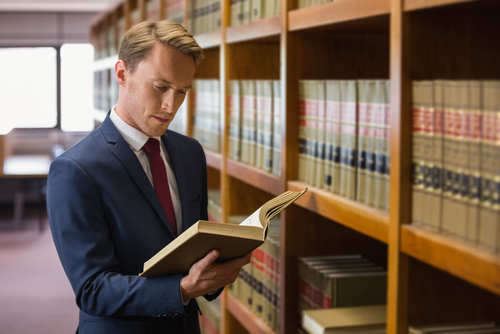 Suing Someone for Sexual Assault

There are no two victims of sexual assault with the same experience, just as there is no “typical victim” in these crimes. Anyone can be targeted for rape or sexual assault. Victims include men, women and children of all ages. Survivors of these crimes suffer long-term physical, mental and emotional trauma that affects their lives and those of their families.

To a rape victim, recovery may seem impossible at first. It takes work for these victims to return to some normalcy in daily life and they need support from various areas in order to do so. For many, empowerment is gained in the Arizona criminal courts through the state’s tough stance on these types of crimes. For others, Arizona’s civil courts provide a means of empowerment by allowing the victim to initiate their own legal case against their criminal perpetrator.

It may seem impossible to fully financially compensate for the emotional, mental and physical pain of sexual assault or rape. But it is possible to gain a sense of vindication and closure for trauma through Arizona civil courts. At the same time, you can be financially compensated for the injuries you suffered and other damages, to help you regain footing in your life. Attorneys with experience in representation of sexual assault victims are able to help these victims hold criminals accountable for their actions.

There are statutes of limitations that apply to civil cases after sexual assault, rape or other crimes. This is why contacting an attorney becomes urgent after a sexual assault has occurred. You are limited in how much time you have to file a claim against your offender.

When you decide to talk to the personal injury lawyers of Cantor Crane, you will receive a free, no-obligation consultation regarding your case. This private, confidential consultation will allow you to talk with us about your needs, just as we are able to inform you of steps we can take to provide the closure and compensation that you deserve.

Who can be held accountable in civil court, for a sexual assault or rape?

Beyond the obvious offender, you may be able to hold other parties accountable for your sexual assault, as well. Some examples of others who may also be responsible include property owners who may have inadvertently provided a place for your crime to occur. By not ensuring adequate lighting or security on their property, they are not meeting their obligation of reasonable care on their premises.

When you speak with the sex assault lawyers of Cantor Crane, you will be able to gain some understanding of how a claim for monetary compensation can be pursued. But due to statutes of limitations, it is critical that you request a consultation as soon as possible.

Why file a civil case for sexual assault or rape?

Victims of sexual assault suffer injuries that are even difficult to overcome after a long period of time. By pursuing a civil case, these victims can gain power and a voice that the criminal case does not provide. It also allows victims to gain some compensation for the alterations made to the course of their lives due to these heinous crimes.

One issue experienced by most sexual assault victims is post-traumatic stress disorder (PTSD). PTSD is a major problem and brings depression, anxiety, and even the possibility of suicide under an umbrella of many disorder symptoms. The suffering that PTSD causes makes it even more important for victims to reach out to a sex crimes attorney as soon as possible. By developing and filing a civil case, the victim can start using resulting empowerment and strength to overcome the aftereffects of their sexual assault.

Civil cases provide compensation for all of the things that a victim of sexual assault experiences as losses and injuries. While a civil case cannot erase all of the damage of rape or sexual assault, it can provide financial means to recover, in addition to the much-needed closure gained from having a voice against the offender in court.

Compensation for the following losses and injuries can be gained through a well-formed civil claim:

Experienced representation by an attorney willing to fight for your rights is an important part of your healing from sexual assault or rape. Although you have suffered damages that may never heal, you can use civil courts as they were intended, to be heard and stand up against your offender. Through a civil claim, you can gain compensation through a settlement designed to help you recover and start fresh.